I am Jenny. I work as an online Chinese teacher in NCM. I really enjoy teaching Chinese because it makes me aware of the differences between two languages and cultures. No language would exist without culture .To use the language correctly ,we should try to blend in with the people.

I have a student called Andreas who likes practicing with his Chinese colleagues after class. One day he told me that he called one of his female colleagues “xiao jie(小姐)”but she was not so happy with that. She would like to be called “nv shi (女士)”. He was so confused because“xiao jie(小姐)” was what I taught in class. I realized that “xiao jie(小姐)” means “prostitute” in some places such as Guangdong. So I told him about that, and suggested practicing with Chinese friends as soon as he has the chance because we can learn much better in real situations. Besides, by blending in with Chinese people, students can learn more about the culture and avoid some mistakes. 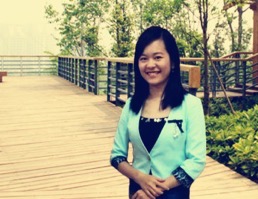 What Fruits Do You Like?Micro Film Making with My Student