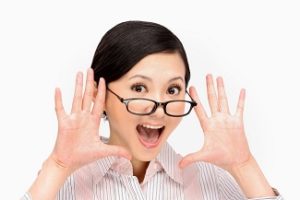 As a Chinese language training institute with an approach based on over 20 years of experience in applied linguistic research and international teaching, our Chinese teachers of New Concept Mandarin have collected a lot of cases of successful learning and unsuccessful learning. Today, I will share with you the most common mistakes our students made and give you suggestions on what you should do instead. Hopefully by reading this you’ll avoid some of them:

Common Chinese learning mistake 1: Focusing too much on tones

This mistake might be a little paradoxical, Chinese has different tones, and different tones make different characters and meanings. So pronouncing the word accurately is important, but if you put too much effort on getting a standard pronunciation, you will neglect producing sentences. Words in context can sometimes convey the correct meaning even if the tone is wrong.

What you should do: Chinese people don't think about the tones when they talk as tones are ingrained in their mind, practice tones and pronounce words accuatly at first, then talk with people naturally, try to understand people by the context they are talking about.

Many people were overwhelmed by the Chinese characters at the beginning. So they decided just to learn Pinyin instead.Pinyin is easier, and you’ll free up time to practice conversation. However, the more they learn, the harder they find to differentiate words of the same pronunciation.As there are  only about 1,700 syllables in Chinese and every character is single-syllable. But there are more than 80,000 Chinese characters. Which means the same pinyin leads to many different characters. Actually, Chinese characters are not that hard as you thought. Like what we have said in previous posts, we can use interesting stories and associations to learn Chinese characters.

What you should do: I strongly recommend that as a serious Chinese learner, you’d better spend some time learning Chinese characters, at least some common and frequently used ones in your Chinese study program.

How to say fruits in MandarinWhat Words Sound the Same in English and Mandarin Chinese?