Is There Any Similarities Between Chinese And English?

Of course there are. Chinese and English are from different families of languages and cultures. They are widely divergent in writing, sentence structure and vocabulary. That is to say, learning the other language shall be a challenge. However, it is lucky of Chinese learners nowadays as Pinyin are invented.

Pinyin is a Chinese system for transliterating Chinese with 25 European characters (the letter "v" is never used). Although notably different in certain counterparts, Chinese Pinyin and English are similar in most of pronunciation. 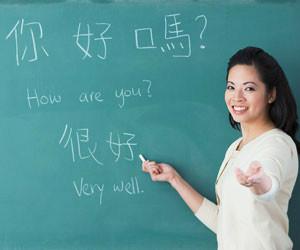 Don’t be scared if you’ve planned to work on these. Take a look at pronunciation which are close to English. Within initial sounds there are many examples to list. “b”, “p”, “m”, “f” are almost the same as English letters except with stronger exhalation. Since the vowel “a” is widely used which pronounces the “Ah” let’s try a few combinations: “b”+ “a”= “ba”. If you don’t notice the tones it sounds exactly the same with “Ba” refers to father. The same is to “ma”.

Here’s another one: “sh” and “ch” are both easy ones for English speakers. Remember the sounds of wash and church? Try “cha” with help of “Charles”.

There are a plenty of more cases like this which certainly save a lot of work during learning Chinese Mandarin. Don’t feel under pressure to start your learning as English would help and you’ll have fun.

Is It a Better Way to Learn Chinese?How to Say Teach Someone a Lesson in Chinese Mandarin?