How to Learn Chinese Characters in an Effective Way 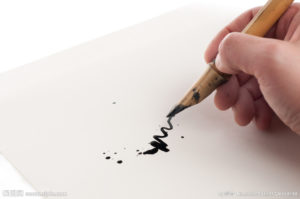 Most of the people that I have come across trying to learn Chinese in China have all said similar things: "Oh, I just want to be able to speak Chinese.", "Learning Characters is too difficult and not necessary.”, "I will leave China soon and never use it again, why would I waste my time to learn.” If I’m completely honest, I also felt the same way for a long time, and I’ve spent the last 6 months furiously back pedalling trying to learn the characters of words I have known how to speak for 3 years. If you’re serious about learning Chinese Characters here are just some of the  (tried and tested) ways in which you can learn Chinese Characters effectively!

1. Learn characters along side the spoken language

I’ll address the ‘I’ll leave China’ mumbo jumbo first because I’ll tell you that almost all of those people are still in China and the majority of them cannot read, write or even speak Chinese particularly well. You might ask why their spoken Chinese is still poor. The reality is that without some knowledge of Chinese characters it is more difficult to make connections between spoken words. For example, a friend of mine recently told me that the 现 in 现金 or cash was the same 现 as 现在, and so the way she remembered it was ‘now gold’ because cash is money you have at hand. Most people make the mistake of thinking that one exists without the other, but I’m not sure if this is really true. Learning to read, write and speak at the same, whilst challenging, will improve your pronunciation, tones and your understanding of the language as a whole.

Characters are not just lines haphazardly thrown together to make a mind numbingly complicated picture. They are made up of radicals, sometimes only 1, whilst the more complicated characters are made of up of several. These radicals suggest meaning and pronunciation. For example, the character 切 meaning cut is made up of two radicals. The first is the radical 七, pronounced (qī) which gives the pronunciation of the character. The second is the knife radical 刀 which suggests the meaning of the character. These two radicals combined creates the character 切 pronounced qiē. Once you begin to learn some basic radicals, your character learning will improve quickly (and more enjoyably)!

The character in the title is the character for nose pronounced bí and is made up of 14 strokes and is its own radical. It would make sense to start with more simple characters such as numbers, commonly used characters and even pictographic characters. These characters are some of the easiest to learn because they show an often obvious representation of what the character is. 雨 for example, looks to me like rain falling outside of a window. Well, what do you know, this is the character for rain! How about 木， the character for wood? To me it distinctly looks like a tree with branches. To find a good starting point you can use the Chinese Character Flashcard App by Written Chinese. Within this app, you can learn and review Chinese characters in an order beginning with most commonly found to some of the more difficult. There are 3200 characters to learn so let’s get started!

Yes, you were dubiously waiting for me to say it and here it is. Writing characters IS important in order to be able to read. In fact for most people, once they began to write the characters over and over and follow the stroke patterns, this helps retain the image of the character so they can remember it more quickly next time. But writing characters doesn’t have to be all boring repetition in a notebook, there other fun options to make writing characters more interesting. For the more technical of you, you can use an app like the WCC Dictionary to practice writing the character (and yes, they know which order you’re writing in so you can’t cheat.). There are also more creative ways to learn to write such as buying a water pad and brush. If you make a mistake it disappears and you can try again!

5. Get yourself into a routine

This is one of the most difficult parts of learning anything new (especially if it can sometimes be difficult). There are lots of self help gurus out there suggesting that just 5 or 10 minutes out of your day can really help you progress in all areas of life whether you’re trying to get fit, be more productive or learn a new skill. And let’s be honest. What’s 10 minutes out of your day to improve yourself? You can read this post about how a routine can better your studies.

Learning by doing normal everyday things such as watching TV, listening to music or even playing games can really help develop your language skills quickly and feels like less of a chore than other methods. Of course these things will also help your listening skills, but many TV shows and music videos on Youku or YouTube have subtitles in Chinese so you can follow along with the dialogue or lyrics. Whilst boardgames in Chinese are easy to find IN China, elsewhere in the world it might not be so easy. If you don’t live in the middle country, no problem, there are plenty of cool, fun games for mobile and tablet devices, such as theChinese Match Game, to help you practice your Chinese characters.

So what are you waiting for? If you follow just some of these methods you’ll be a 汉字 master in no time!