Five Elements Theory is a Chinese philosophy used to describe interactions and relationships between things and phenomena. The five elements — wood, fire, earth, metal, and water — are believed to be the fundamental elements of everything in the universe between which interactions occur. It's Part of a series on Daoism.

Each element has its own characteristics and associations with different aspect of nature, such as direction, season, time, colour, tastes, virtues and so on.

You can ask your Chinese friends if their Chinese name has any Wuxing philosophy. Water, gold, and wood are most common Chinese radicals. In Chinese geomancy (divination practices such as Feng Shui), if your birthday data (the year, month, day and hour of a person's birth) really lacks one of these five elements, your family might consider trying adding it through your given name, and enhancing your name with some specific characters containing the lacking element. That's why some Chinese given names contain components of one of these five elements. 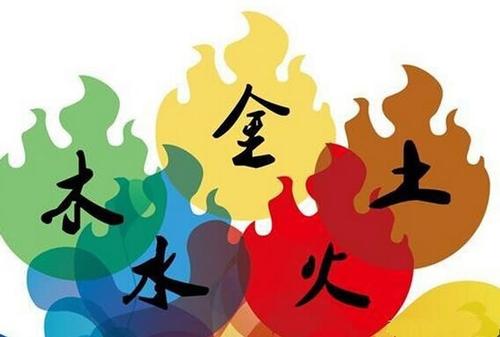 In Chinese astrology, each of the 12 Chinese zodiac signs is associated with one of the five elements as below.

Interactions Between the Five Elements